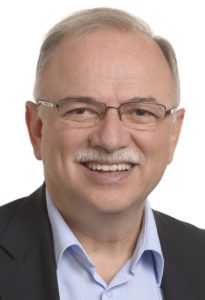 It has been a long discussion on whether Turkey is complying with its obligation to control refugee flows towards Greece and the EU, or whether the European Commission should assume a more energetic role to press Ankara. The fact is both sides should come closer and implement what has been agreed.

The Turkish government has not done much since the joint agreement with the EU was signed in late November 2015. It is certain Turkey has assumed an ever-growing number of refugees since the war in Syria was sparked, and this is something the EU is taking into account. But on the other side, one of the biggest problems included in the agreement remains untouched: dismantling the expansive networks of smugglers — a “business” worth hundreds of millions of euros — that take advantage of desperate people who want to flee from war-torn countries.

The second vital point of the agreement entails the provision of an EU refugee facility towards Turkey in order to efficiently accommodate incomers. This is effectuated through EU financial assistance allocated for the creation of reception centers and the hosting of refugee communities. This assistance is not unconditional and has to be coupled with transparency from Turkey in funding allocation. So far things are not clear and the EU and member states are not properly informed on how this amount will be used and what effect it will have on what has been agreed. In this respect, Ankara should embark on a better model of governance and give priority to upgrading camps and providing schooling and vocational training as well as decent medical services and housing.

The third point has to do with the false perception of Turkey’s EU membership and its correlation with the implementation of the joint agreement on the refugee front. The rapprochement between the EU and Turkey should not be seen as a bargaining process nor should it inextricably be related to membership admission, but rather as an effort to advance and normalize some fundamental aspects of democracy in the country. The situation on the southeastern borders with consecutive curfews, growing social turmoil and war-like conditions is alarming. Similar cases have been witnessed with respect to media freedom and the proper implementation of the rule of law, all aspects of policy- and decision-making over which we the EU are deeply concerned.

A fourth point, irrelevant to the joint agreement but important to bring this issue one step further, has to do with the EU and Turkey proposing the launch of a joint humanitarian operation with the direct involvement of the United Nations on the ground. It is essential to intensify global efforts and exert a more systematic and persistent pressure towards reaching a compromise in Syria talks. The EU should be more active on that while Turkey should stop any kind of warfare in its southeastern borders, clear any allegations on links with the Islamic State in Iraq and the Levant (ISIL) and focus on diplomatic initiatives.

*Dimitris Papadimoulis is vice president of the European Parliament and an MEP of the SYRIZA party.